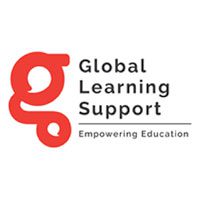 The poorly understood condition of Bone Marrow Failure Syndrome, one form of which is known as Aplastic Anemia, has received a major boost.

MRV has been launched in memory of Maddie, and embodies the spirit that she showed over the course of her 5-year battle with the illness. Maddie never gave up as illustrated by the extraordinary 227 days she spent in the ICU of the Royal Melbourne Hospital; the longest stay of any patient in the ICU in the Hospital’s history.

Global Learning Support (GLS) has given MRV a kick-start by making a donation of $10,000.

Speaking about why GLS made the donation company co-founder, Jarrod Nation, said.

“Maddie’s serene exterior did not belie the fighter that she was, and we as a company wanted to contribute to MRV in its fight to ultimately find a cure for this condition about which little is known.”

“It generally affects young people in their teens and twenties, those who represent the future of this country. We simply felt that we needed to do something about the fact that it is grossly underserviced and researched.”

Maddie Riewoldt’s Vision aims to raise awareness of Aplastic Anemia, how it affects young people, improving knowledge of the illness, providing support into treatment and ultimately finding a cure for it so that others do not suffer what Maddie did.

“I urge every mum and dad who have been blessed with healthy children to get behind MRV to assist those who are not so fortunate” Mr Nation said.

One of the keys to the success of GLS is maintaining the human touch even while students are completing their courses online.