Latest News
You are here: Home1 / Latest News2 / General3 / The rise of the echo chamber 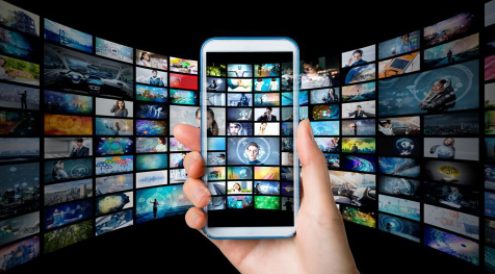 Social media and mobile devices provide unfettered access to a previously unfathomable array of views and information. Where our parents’ generation may have listened to one radio station and watched one of three or four TV channels, and typically had one newspaper delivered daily, our generation and that of our children’s is smothered by a proliferation of media choices.

Based in Melbourne I can read almost any newspaper in the free world, many of them for free (many of them translatable from tongues foreign to me at the touch of a button). With the right app on my phone I can listen to radio from across the world either live or as a curated podcast.

But with all this choice comes a headache. Where to look? What to listen to? What to believe?

Logically, media consumers gravitate towards what they believe to be true, what correlates with their political, ethical, moral or religious beliefs or pre-dispositions. Tune out what you don’t want to hear. You have choice, and the power to choose. So paradoxically while there is almost unlimited choice, the selection becomes narrower.

Where the newspaper of yesteryear would present a range of views, now you can select a media source that by-and-large reflects what you hold to be true. And that’s a problem. Because what if it isn’t true? But you just want or believe it to be true.

The next generation, deprived of this ability to assimilate a range of views is likely to become more polarised, more vociferously entrenched in their views, which is almost always not a good thing. If unexposed to competing views, how will they learn to distil information and rationalise it, to form an opinion based on facts rather than feelings?

At the granular individual level, millennials already routinely screen their incoming mobile calls. If they don’t recognise the number, they won’t answer. Fear of the unknown? Unable or unwilling to interact outside of their comfort zone or their digital friendship ‘tribe’? Incapable of communicating with a stranger? Ill-equipped to cognitively juggle unexpected ideas?

The incessant bombardment of the 20-minute news cycle is impossible to comprehend, parse or digest, so inevitably, the result is closing of the eyes and ears and pretending that everything that fails to fit a pre-determined tightly-controlled narrative is wrong or a threat.

With streaming services providing ad-free TV shows, uninterrupted by news or current affairs programmes, and what news that is consumed delivered by the now disgraced digital “platforms” – outed during the US elections as far more invasive and controlling of information than they had previously admitted – the route for a mix of balanced news to reach a broad populous is strangled.

The communications expert is charged with negotiating this information maze, cluttered with dead-ends and mis-directions that lead precisely nowhere, in order to deliver business messages that are vital to the ongoing health of the enterprise.

Comprehending the impact of a constantly moving media environment, uncovering the value and limiting the wastage is as much part of the role of today’s professional communicator as crafting the message. The fragmentation of the media has made that task challenging but the opportunity to connect with very specific audiences can offer significant rewards.

RMK+A constantly monitors the media environment and is skilled at connecting with target audiences to deliver business supportive messaging. The consultancy is also highly experienced at identifying and minimising wasted and counter productive communication.

Keeping an eye on fatal ‘optics’