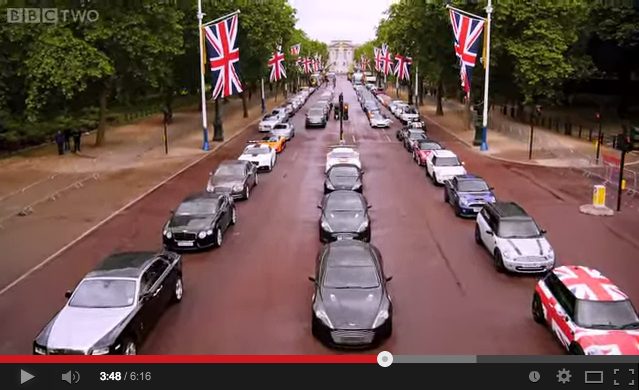 British made motors take over The Mall – Top Gear

This is clearly not true. What is true is that our high input and labour costs, combined with our relatively small and yet crowded market do not allow us to compete in the manufacture of large volume , highly competitive, relatively low margin consumer products, such as the average car or white goods.

However what we can do is design and manufacture high value vehicle components, niche vehicle modifications, and complete special purpose vehicles.

A little while ago Top Gear took on the myth that the British car industry is dead – this footage clearly shows that they debunked that idea.

Admittedly the Brits do have a slightly larger market and geographic proximity to many more consumers, not to mention Japanese, German and Indian money behind many of their mass or luxury market cars, but the point to be made is much the same.

All industries go through transitions from the original business model to the one that suits the times. If they don’t they simply die. No amount of tax-payer subsidy will change that.

Well, you could try, but eventually you would end up with the Soviet era shoe factory that measured success in production units only and not sales. Consequently they produced millions of perfectly reasonable shoes, only in one style and in one size and only for left feet. Job done!

Even the recent National Commission of Audit further confirmed that trying to pick winners is ultimately not a sustainable economic setting. Industry assistance should be the exception not the rule with a heavy bias to supporting R&D rather than bolstering unsustainable markets.

We do make a lot of technical auto type stuff in this country and very successfully. We just don’t tell anyone about it, or more to the point we spend all of our effort (certainly all of the news media effort) on looking backwards and maximising the doom factor. That makes for much more arresting headlines.

Almost all component manufacturers providing parts to Ford, GMH and Toyota have had a great deal of notice that local vehicle manufacture could well cease. Most will have been working for some time on diversification and often with considerable success. Of course others may have simply made the valid business decision to shut up shop when supply of components for local manufacture are no longer needed.

However let’s name just a very few of the automotive thingies we do make, and will most likely continue making well past the closure of the traditional car manufacturing plants.

Motorhomes: Brands such as Jayco, Trakka, Apollo, Avida, Suncamper, Cruisin’ and more, many exported to New Zealand and other markets.

Military vehicles: The Australian designed and built Bushmaster troop carrier is in operation with the military of the following nations, Australia, Great Britain, The Neatherlands, Japan, Indonesia and Jamaica.

Trucks: Kenworth, Volvo, IVECO and CAT all build a range of heavy trucks in Australia.

Earth moving and agricultural machinery: From diggers to harvesters to specialty machines for uniquely Australian conditions.

Buses: Most buses and tour couches in Australia are still body-built locally on imported chassis.

Emergency Vehicles: From ambulances to fire trucks to off-road rescue vehicles designed and built in Australia on locally produced and imported chassis, the vast majority of our emergency vehicles are largely Australian built.

Components, Design and R&D: Even the retreating mainline vehicle manufacturers have indicated that due to the specialist skills developed they will be keeping large sections of their local R&D and design capabilities. Automotive component makers of all sorts will continue to provide high value parts for many years to come.

Australia also makes trams, train carriages, truck trailers and even a whole lot of aircraft parts for the latest military and commercial planes built both in Europe and the USA.

The lesson is clear.

If you have a good news story to tell there is a willing audience and very often a willing partner in State and Federal Government to help you tell it. However, you need to take the lead in getting the story out there.

The bad news stories sell themselves. Good news needs skilful packaging and presenting. The resulting positive impact on companies and workers, let alone the broader community, is worth making the effort.

As part of a business supporting communication strategy, ICG has helped many companies make the most of their good news.  If you have good news there is no point hiding it, take the opportunity to add to a collective positivity index.

Part of our role was to observe the performance under a real-life scenario and note areas for improvement.

The crisis exercise was carefully constructed to put pressure on key staff to respond and act appropriately, closely mirroring a potential operational crisis.

Even though participants knew this was an observed activity, perceived pressure very quickly started to expose issues.

In this case we uncovered both organisational process issues and skill shortcomings on the part of key operatives.

These findings formed the basis of an ongoing training and procedural change program that is being implemented across all relevant divisions.

Some of the issues will be easy for the organisation to address, some will take further training and instruction.

Most significantly for the organisation were the actions that highlighted either a lack of preparedness or lack of skill in dealing with the ‘community’, ‘media’ and ‘essential services’ scenarios.

These were planning and skill-based elements that had previously been assumed as a given for people employed in a range of roles.

Even the most experienced team can gain valuable insights from crisis simulation training.

An effective crisis training exercise allows for the identification of areas where structural and training improvements will ensure far better performance should a real crisis occur.

When conducted in a thorough and cooperative manner, such training exercises have no downside for either the company or the individuals. There are only positive outcomes in terms of lessons learned and identification of processes and skills to be improved.

Pressure testing is not to be feared – it is an essential component of ensuring that a team handles real pressure when needed.

Contact ICG to discuss how we can help prepare your team for the unexpected. 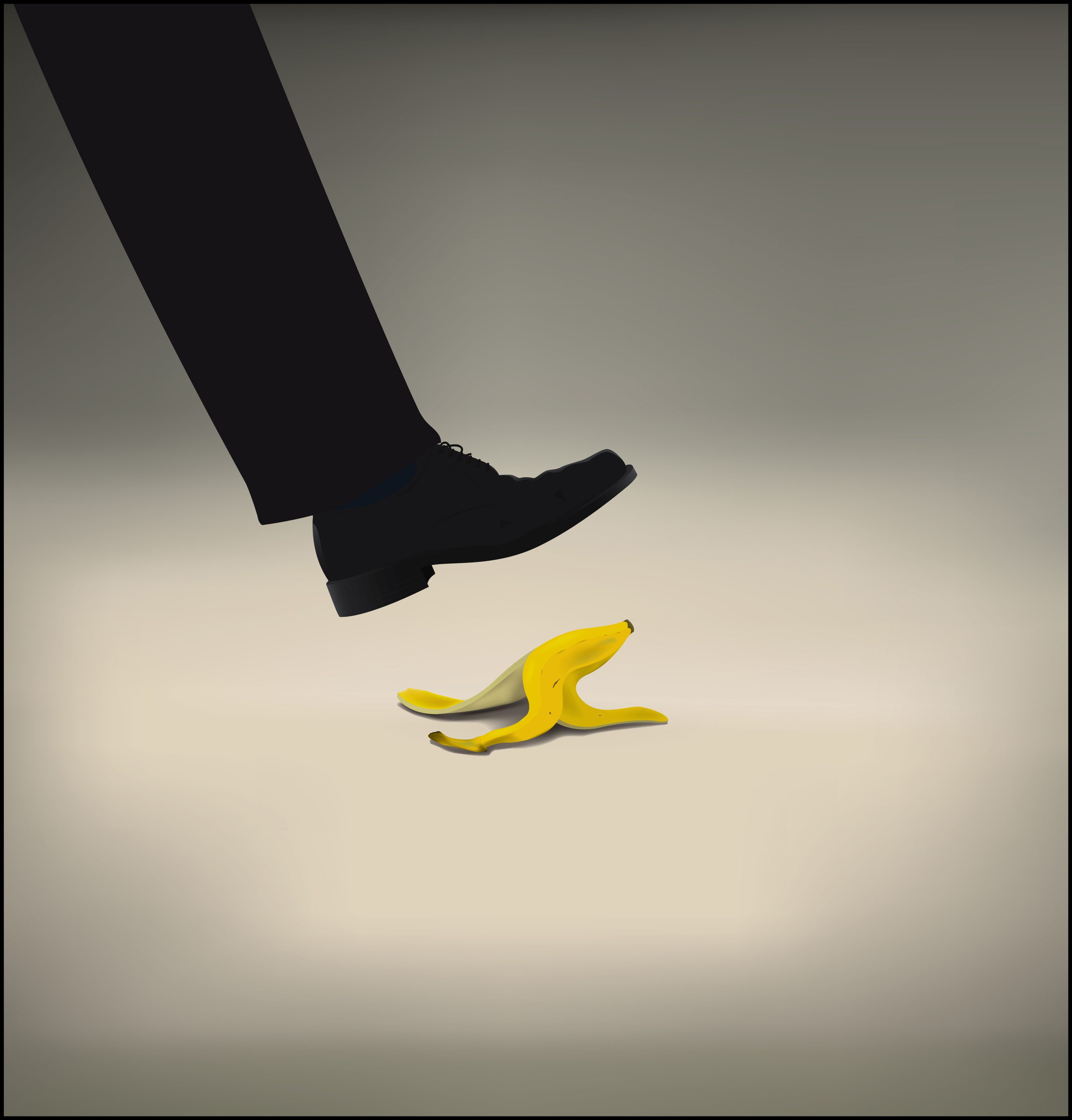 A key element of the governance of any business or government today is its risk register. It should be the right hand tool for ministers, CEOs, chairpersons, boards, cabinets and advisory committees.

It is integral to the due diligence process and provides an overview of the degree of exposure, or ‘appetite for risk’ leaders are prepared to take with a policy, project, product, service or any new initiative.

Public stoushes between corporate leaders, disruptions of ABC’s Q&A program, the goings-on of ICAC involving politicians and corporate leaders with party donations,  forgotten bottles of wine etc,  are just some of the examples that should have been considered in a risk register.

The public deserves better than what it is seeing at the moment, not to mention the climate of fear, misinformation and misguided debate that is going on.

It is accepted business knowledge that well-designed risk management plans can decrease problems encountered on a project by as much as 90 per cent. This applies equally to the management of any company or government.

Combined with very sound management methodologies, a robust and detailed risk management process can eliminate the headlines of today and diminish the issues arising unexpectedly, or provide the basis for sound, reasoned debate – not hysteria.

Unfortunately, many risk frameworks only cover operational risks and few provide sufficient analysis in relation to bad PR, potential issues and negative stakeholder reactions. Risk mitigation strategies are often at such a high level that they fail to provide sufficient guidance for an acceptable outcome consistent with the ‘appetite for risk’.

All corporate and government policies should go through a thorough stakeholder and operational risk assessment process before they are floated in the media to assess ‘community debate and reaction’.

Communities nor the proposers of policies or projects need a plethora of hysterical headlines creating fear, anger and angst. Six structured steps are all it takes to develop an effective risk register, but its effectiveness is in the detail of its planning, development and diligence.

ICG has extensive experience in creating and implementing comprehensive risk registers and  risk mitigation action plans; contact us before you embark on your next big project.