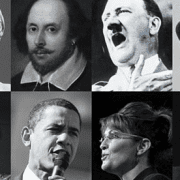 Words carry meaning. They are too often bandied about without thought and little care for consequence.

The above is possibly not a fair comparison and one also needs to be aware of the context, but it’s probably fair to say that Churchill faced greater existential threats, to his country and himself, during his leadership than Mr. Trump. At least up to now.

However, I think the point is made.

One seeks to inspire and motivate the other seeks to play to an audience seeking retribution, in other words, rabble-rousing.

Loose words can cause great damage. They can exacerbate a situation, derail conciliation, misinform and divide.

The current occupant of The Whitehouse has a fondness for using social media to sow division and polemicise almost every issue. He does not operate in a vacuum. His opponents have shown an equal propensity for a sharp, undiplomatic and downright insulting turn of phrase. Where does all this childishness lead?

Any business person worth their salt would tell you that picking fights with all and sundry is a shortcut to oblivion. Yet we now witness national governments engaging in the churlish flinging of petty insults and largely empty threats, simply because others don’t agree with them. Hardly likely to win an argument, let alone friends.

To once more quote Winston Churchill; “Diplomacy is the art of telling people to go to hell in such a way that they ask for directions.”

On a more trivial front, even carelessly using the wrong noun can send completely the wrong message.

Recently the Queensland Tourism Minister, Kate Jones, during a morning television interview on why the Queensland border remains shut, said; “Queensland is the greatest country in the world, and we want to keep it that way.”

It is not clear if Ms Jones doesn’t understand the nature of the Australian Federation in which we live or if it was just a Freudian slip. Either way, not covering herself in glory and potentially sending the message that she and her government see themselves as separate from the rest of the country.

In business, politics, geo-strategic affairs and in just plain ordinary life, words carry meaning. They are too often bandied about without thought and little care for consequence.

Today’s world offers far too many opportunities to mouth-off. Churchill, again; “Life is fraught with opportunities to keep your mouth shut.” Adding to the cacophony benefits no one, least of all those making the noise.,

For business, in a hypersensitised media and social media environment, very often silence is the best policy. When you do choose to speak, carefully consider what you say and how you say it.

Be it an internal communication, customer information, industry position or even social commentary, remember speed is the enemy of both accuracy and thoughtfulness. Take time, get advice, consider the motive and possible outcome and, if you are to be heard, make sure it’s a message worth hearing. One that adds to the discourse, provides valuable information, clarifies issues, reassures and unifies.

We are subjected to far too much divisive drivel to thoughtlessly throw more into the mix. 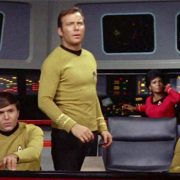 What differentiates a leader from a mere politician or subject matter expert?

Politician. According to the Oxford Dictionary of English; a person whose job is concerned with politics, especially as an elected member of a legislature.

Leader. A person who leads a group of people, especially the head of a country, an organisation, etc.

Expert. ​A person with special knowledge, skill or training in something.

Practising politicians and leaders can benefit from a specific set of skills in which the politician and/or leader may be expert, but to be an expert politician is a discipline all of its own.

What differentiates a mere politician from a leader is the ability to inspire group action and loyalty. Leaders are want to share expansive visions and to harness resources in the pursuit of an end, hopefully a good one, but history tells us not necessarily so. Leaders galvanise the masses to great feats and sometimes great folly. They take the difficult decisions that will drive the delivery of their vision.

Experts, particularly of the bureaucratic and academic kind, are necessarily narrow focused. Concerned with the detailed understanding of their topic and like as not to be exceedingly conservative and cautious, being that they are so well versed in the myriad permutations that influence outcomes in most fields of scientific and social endeavour.

Wise leaders value the counsel of experts. They assess the information provided and weigh it against all influencing factors. They strive to arrive at decisions that are both founded on fact and on their assessment of the likely impact and outcome.

Not an easy task and often thankless and, even more often, subject to inexpert and prejudiced criticism. Criticism that in a social media obsessed world is all the more instant and shrill, yet even less informed.

A mere politician may react by reflecting the baying of the mob to seek cheap affirmation. A mere politician may also abrogate responsibility for taking difficult decisions on the basis of acting solely on the advice of experts. An expert leader will apply knowledge, experience, judgement and insight to arrive at decisions best for both current and future benefit and will possess the skills to carry the masses.

Being a leader is a risky business. Being an expert is much safer. The questions are: what would we have achieved without risk and what will we lose without leadership?

BTW. Captain James T. Kirk of the Federation Starship Enterprise was the undisputed leader of his crew. In the image at the head of this piece he is surrounded by experts. From left; Frist Officer and Science Officer Spock, Navigator Chekov, Communications Officer Uhura, Helmsman Sulu and Chief Engineer Scott. 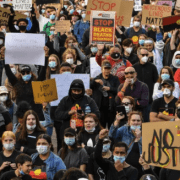 With so many facing oblivion, businesses are entitled to make their concerns known to their representatives in government.

In life, business and politics, trust, like respect, cannot be bought or sold. It is earned through actions not words, and it must be defended and prized. It should not be destroyed wantonly, because the path back is arduous and time-consuming.

Public trust in and respect for state governments must, by now, be approaching an all-time low. One hopes that, in Australia, we are still far away from the wanton anarchy, vandalism, looting and shooting that currently ravages the somewhat dis-United States of America?

However, in just one weekend, the past three months of state and federal haranguing of the populace, including by their myriad of ‘experts’, in the interests of public health has been undone by the authorities acquiescing to the social cause du jour warriors.  Resulting in more confusion as to where we are on the path to a return of our freedoms and an ongoing lack of the clarity and certainty that business craves.

The restrictions placed on all see us more socially distanced than ever. The social distancing warriors, who mandated a 1.5m inter-person separation, to keep at bay the virus for which there is no known vaccine, have also successfully distanced us from our jobs, our income, our livelihoods and most importantly, our families.

Unless of course, we’re the glib adopters of the latest progressive rage, in which case, forget everything you’ve been hearing, absorbing, learning and enforcing over the past three months. Let’s join the fight against racism. That’s such a comfort. Far easier to fight against something we can all abhor yet, seemingly, self-define.

Businesses are at a loss to understand how the states can fail to activate the forces of protection to prevent such blatant flouting of rules enthusiastically enforced on everyone else and on all commercial endeavours at the most micro level?

You couldn’t visit your mother on Mother’s Day in Victoria or march on ANZAC Day, or serve more than 20 in your 100 seat restaurant, or allow queue-free access to your retail outlets but you can turn up with 10,000 of your politically aligned mates to protest in the CBD about an issue that has been with us for literally hundreds of years. Is it necessary to do so right now?  Or is it the fear of missing out on the transient arc of the ’movement’ that drives the self-important?

State Premiers appeared desperate to avoid confronting the voluble, potentially volatile, frustrated and possibly violent minority. Their puzzling actions (or lack thereof) leave the ‘quiet’ majority dumbfounded (locked down in their suburban residences). Is this leadership? No, at best it is abrogation of responsibility, at worst it is capitulation and the first key step on the road to anarchy. If the populace believes the decision-makers are derelict in their core duty of defending the security of their people, then trust in the state, in the system, evaporates.

But for businesses, with so many facing oblivion, the time to push-back against inconsistency and hypocrisy may have arrived. Elected representatives are there to do just that: Represent! That includes representing the tens of thousands of SMEs and the larger businesses employing many.

Businesses and business owners are entitled to be heard and should make their concerns known to their representatives in all levels of government. There is an effective way and a confrontational way to do that. It may be that some expert guidance is required to deliver an effective message. But those elected have shown that they have the power to halt business in its tracks. Business needs to show that it has the power to be heard and to make clear the impact of policy decisions.

How is trust won back? Not with cash handouts. Not with platitudes. Not by hiding behind the skirts of malleable ‘experts’ and not by paternalistic scolding of one group whist indulging another. It is regained by being open, up front and honest with the population. By listening to more than just the latest cause obsessed minority, by applying rules evenly and by recognising that, at least in our current society, the state doesn’t always know best and that most of us believe the state serves us not the other way around.