Latest News
You are here: Home1 / Latest News2 / General3 / Silent but deadly – A commentary on the USA and COVID-19 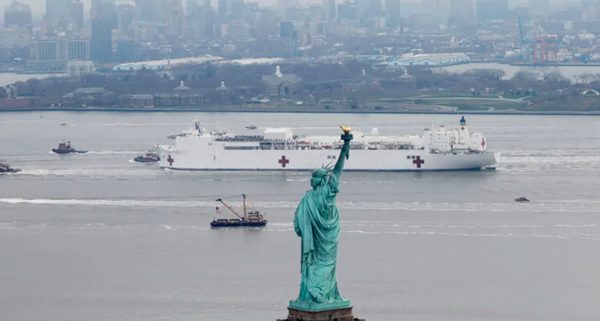 The unfolding catastrophe that is the USA response, or lack of, to the COVID-19 pandemic is both painful to watch and a clear indication that the world’s strongest and richest nation will not be brought to its knees by external forces but by its own inability to provide good government.

It was Lincoln who observed that; “America will not be destroyed from the outside. If we falter and lose our freedom, it will be because we destroyed ourselves.” He had some experience in such matters.

The echo chamber/social media/news with a propaganda agenda environment that drives the deep schisms that have brought Americans to the point of near equal division between ‘progressives’ and ‘conservatives’ is now crippling the nation’s ability to manage the pandemic.

Admittedly there are structural issues in the allocation of powers between States and the Federal Government, but even our somewhat disjointed response looks to be in lock-step when compared to the total chaos in the USA.

There is no direction from the Whitehouse and there never really was. There are powers that the President could have exercised and given that the most bizarrely recalcitrant Governors are universally Republican he could have lent on them to do more. As it stands he spent more time attacking Democrat Governors as part of his failed re-election strategy (and I use that word extremely loosely).

True the American people are far less likely to comply with harsh lockdown measures, but can the temporary inconvenience of wearing a mask and maintaining social distance really be a civil rights issue in a time of existential threat?

Stupid mistakes have been made all around. The highly lauded, by the left, New York Governor, Andrew Cuomo took the unfathomable decision, early on, to send ill patients back to aged care homes, resulting in an enormous death toll. The self-indulgence of the BLM and defund the police activists in holding mass protests, let alone attendant riots, was as idiotic as the staging of super-spreader Trump election rallies.

The paucity of the American health system, which along with gun control (or lack of) and the multi-headed hydra of their electoral system, is a seemingly intractable failure. One most of the rest of the developed world struggles to understand.

The power vacuum now created by the sulking looser denying the victor access to information to effect a transition is disaster upon disaster.

The upshot is that by the time Biden steps into 1600 Pennsylvania Avenue more than 300,000 Americans will have succumbed to the virus. Yes, some would have died this year anyway, but really?

The new President faces an impossible task in gaining any control. He will have a Republican Senate and 27 Republican Governors, some of whom clearly see the pandemic as an ideological battle not a public health emergency.

The susceptibilities for bad COVID-19 outcomes – hospitalisation, intensive care and death – are known. Poor general health, obesity, old age and ordinary aged care. Who would have thought the USA would be a prime target for this virus?

Americans had better hope that the emerging vaccines are as successful as claimed and that some sort of cohesive policy to get them to almost everyone emerges. After all this is a nation where Congress had to mandate that health insurers cover the cost of COVID-19 tests and that free tests be provided to the uninsured. That did not mean that the uninsured got tests. Good luck spending all day, unpaid, lining up for a free test.

The central point is; America cannot, at present, be defeated in a war. Their massive military will see to that. But an invisible, silent enemy can tear them apart from the inside. An observation sure to have been made by existing and potential adversaries.

The rise of the echo chamber

An Impossible Standard to Meet – or – Nobody Expects The Spanish Inquis...
Scroll to top